Inês Castro performed her PhD work at the University of Würzburg, Germany (2008-2013), where she studied the mechanism of metastasis development from Non-Small-Cell Lung Cancer (NSCLC) and acquired a deep knowledge in Molecular Biology, Molecular Engineering Techniques, Cell/Tissue Biology (Oncology), Immunobiology and establishment of xenograft models. For her Post-Doc she joined the Institute of Pathology of the University of Würzburg, as affiliated of Patrys GmbH, where she aimed to use natural antibodies for the treatment of cancer, conducting pre-clinical drug discovery projects and phase I trials. In 2017/2018 she worked as an external consultant at GeneHolistics, an AI company for Systems Biology and Bioinformatics and in August of 2018 joined Biofabics as a Senior Project Developer. 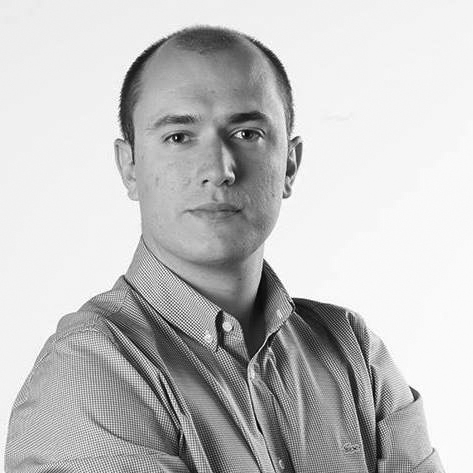 Dr. Pedro Costa is a researcher, inventor, educator and entrepreneur. He is the founder and CEO/CTO of the company BIOFABICS, which is specialized in the creation of 3D Biotissue Analogues. Before that, he was the coordinator of the world’s first MSc Programme in Biofabrication at Utrecht University, manager of the Utrecht Biofabrication Facility and postdoctoral researcher at the University Medical Center Utrecht (Netherlands). Dr. Costa can be described as a biologist by training and engineer/maker by heart, given his undergraduate studies in Applied Biology followed by a PhD in Biomedical Engineering where he specialized in the combination of highly automated tools such as 3D (bio)printing and bioreactor technologies in the field of tissue engineering and regenerative medicine. He has previously worked in both academic and industrial environments in places such as Germany (Technical University of Munich), Australia (Queensland University of Technology), Belgium (Materialise NV) and Portugal (University of Minho). Dr. Costa has received several awards for his work, among them the 2014 Translational Award (European Society for Biomaterials) and the 2016 Young Investigator Award (International Society for Biofabrication). In 2018 he was also awarded with a Marie Sklodowska-Curie Individual Fellowship from the European Union’s Horizon 2020 research and innovation programme and in 2020 was selected as a finalist (top 4 in the Innovative Science category) in the European Commission’s Innovation Radar Prize.