29 JunNEW FRONTIERS IN SUSTAINABLE AQUACULTURE: CELL LINES DERIVED FROM THE RAINBOW TROUT INTESTINE FOR THE DEVELOPMENT OF AN ARTIFICIAL INTESTINE

One of the main goals of aquaculture research is to develop new feed formulations, which do not contain fish proteins, to improve the sustainability of intensive fish farming. In this scenario, the development of an artificial intestinal to test in vitro the new feed formulations would help to predict their nutritional value while, at the same time, limiting the use of animal trials. The development of such a prototype requires the isolation of intestinal cell lines able to stably grow in vitro. For many years, RTgutGC, which was derived from the intestine of rainbow trout, has been the only cell line available. At the University of Milan, prof. Fulvio Gandolfi is coordinating the European project Fish-AI, that aims to develop an advanced in vitro platform able to mimic the intestinal mucosa of rainbow trout. The platform will be made available to the feeding industry for the high throughput screening of new feed formulations and selecting the most promising ones to be validated with traditional feeding trials. 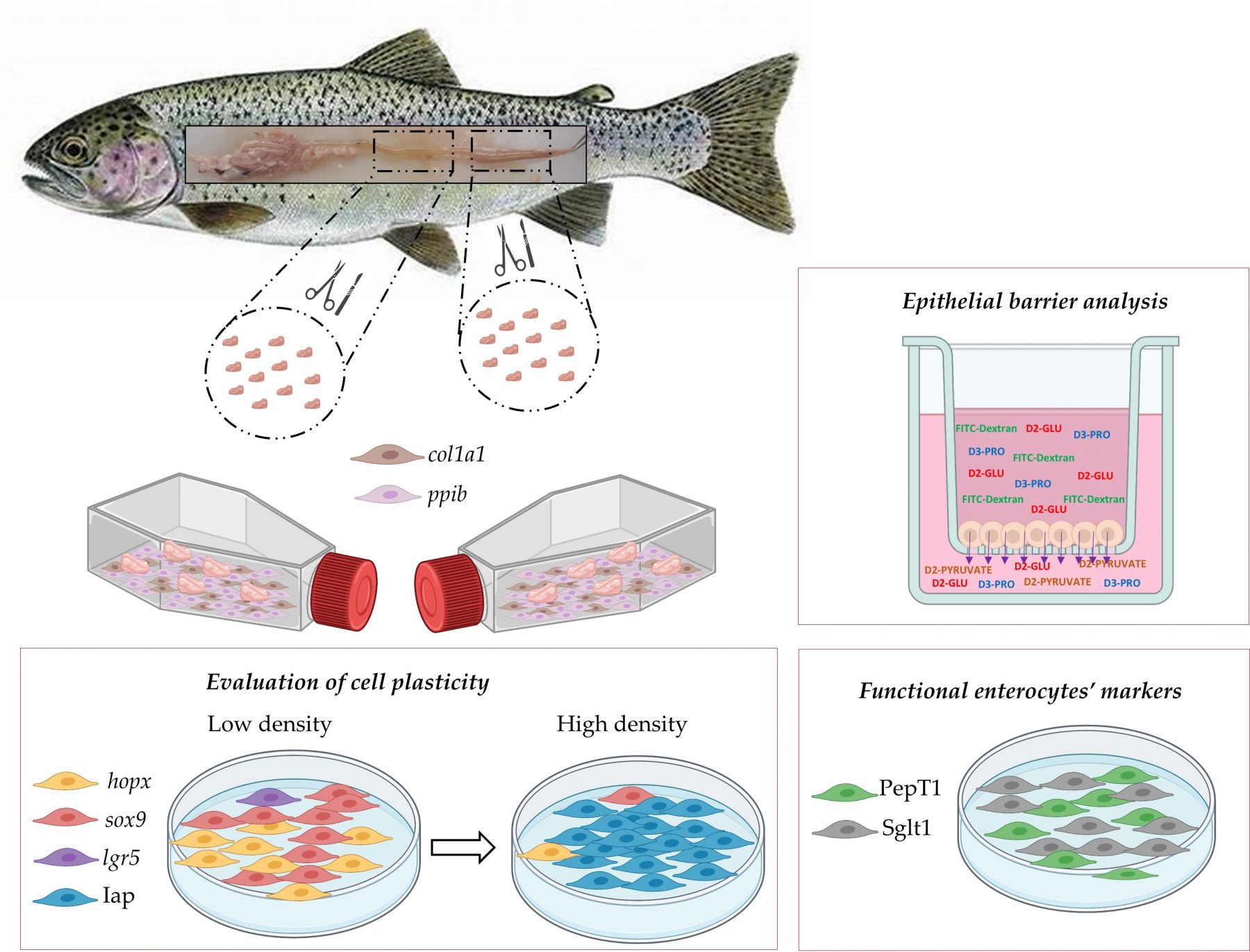 RTpi-MI and RTdi-MI cell lines were isolated by tissue explant, obtained from proximal and distal intestine of rainbow trout. Following their derivation, the cell lines were widely characterized to assess their ability: i) to form an intestinal epithelial barrier in vitro (top right), ii) to differentiate into absorbing cells (bottom left, cell plasticity), and to mimic functional enterocytes (bottom right). The picture was designed using biorender.com

After several attempts, the Unimi team derived two cell lines: one from the proximal intestine, named as RTpi-MI (Rainbow Trout proximal gut Milan Italy), and the other from the distal intestine, identified as RTdi-MI (Rainbow trout distal intestine Milan Italy). They performed an extensive characterization of these cell lines showing that they could be propagated for long term and were able to form an intestinal barrier in vitro. 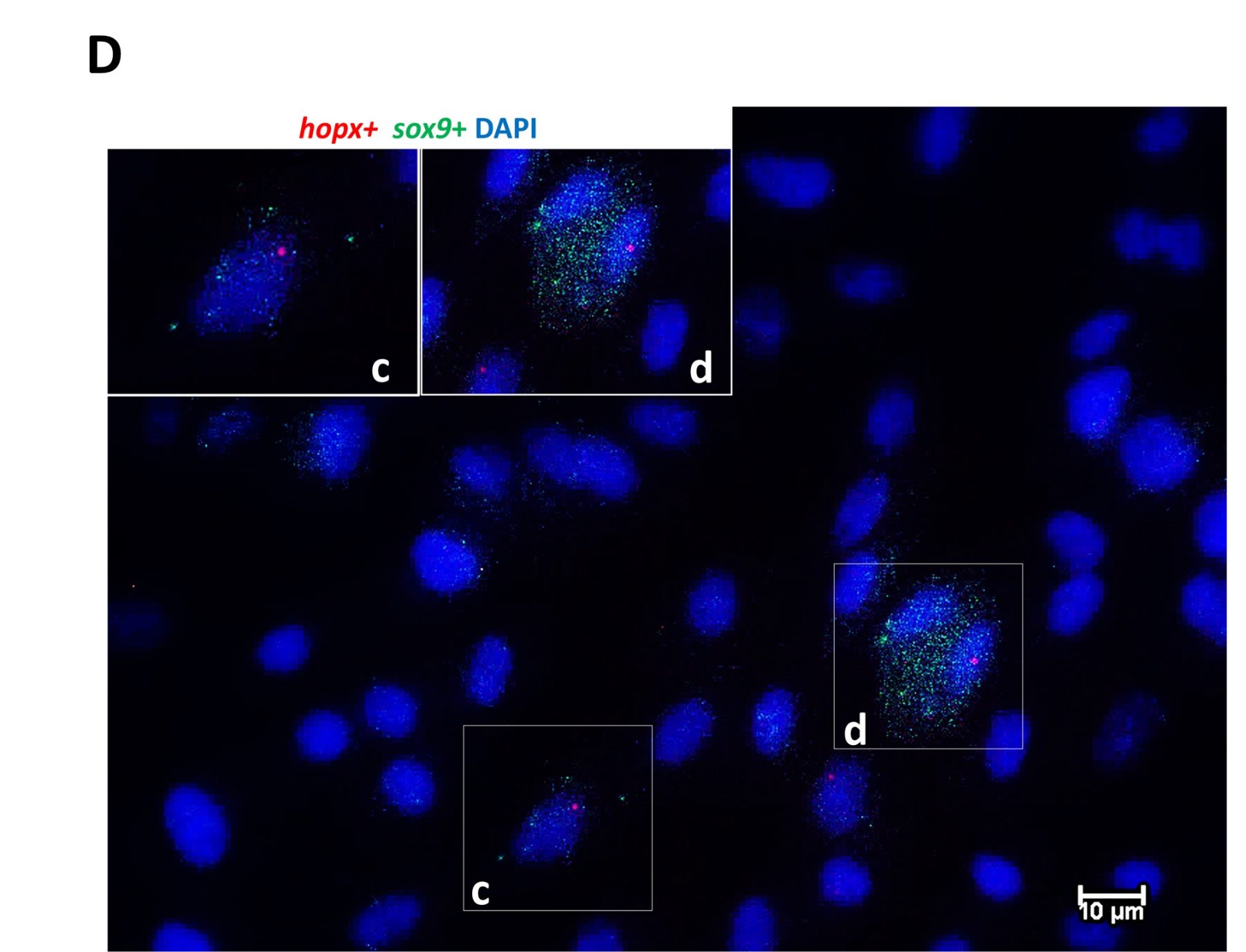 Similar to its natural counterpart, the in vitro barrier was not permeable to the large molecules but was able to absorb small molecules, such as glucose and amino acids. Interestingly, for the first time, the team also demonstrated that these cell lines include different cell types such as those of the natural intestinal wall (Figure 1). They have both epithelial and connective cells, which constitute the structural and functional components of the intestinal villi. Furthermore, the cell lines were composed by intestinal stem cells that can differentiate into mature absorbing cells. The derivation of RTpi-MI and RTdi-MI cell lines is not only a contribution to the FishAI project for the development of the intestinal prototype but will also be made available to the academic community for different applications in aquaculture research.