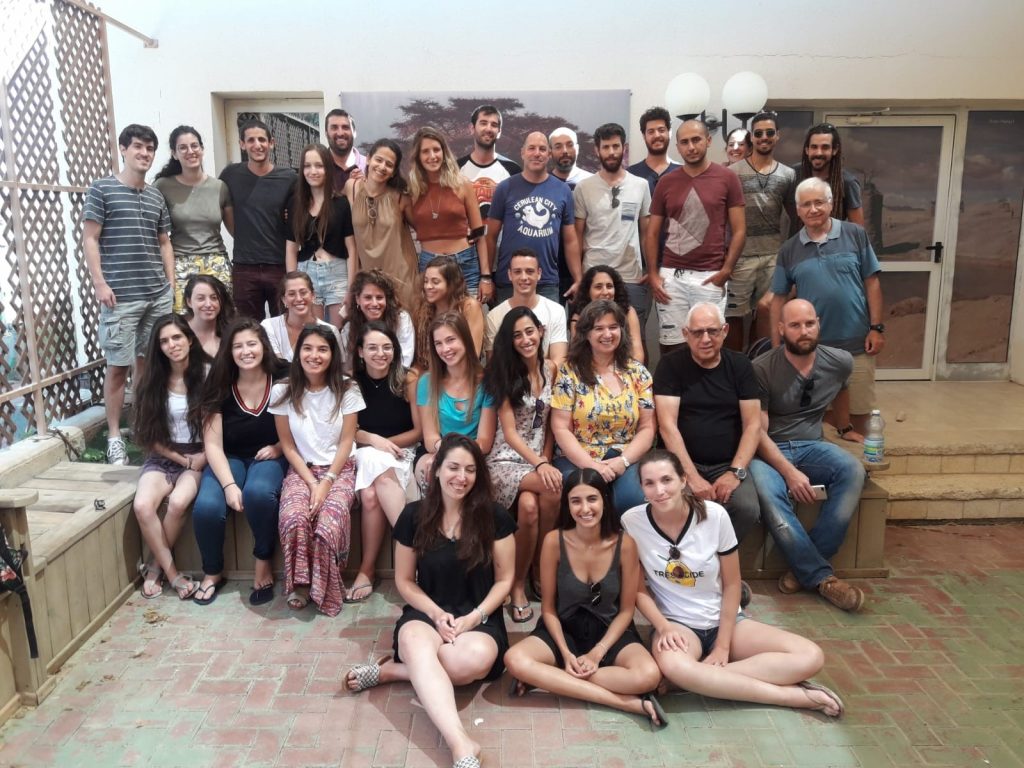 The Fish-AI project was the basis for a project that was performed by students who participated in the Hebrew University’s faculty of agriculture course last August. The project was performed at NCM, the students were asked to develop an in vitro seabream (Sparus aurata) “stomach”, which mimics the in vivo stomach, that was based on the pepsin-based proteolysis of a typical seabream, 37.5% protein diet. 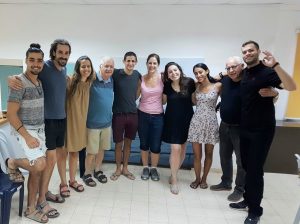 In this four-day project the students managed to develop a protocol that lysed in vitro only 21% of the dietary protein while in the in vivo seabream stomach they showed that protein lysis was as high as 66%.

Their conclusion, in the presentation, was that their protocol for in vitro proteolysis needs to be improved as to mimic the in vivo findings. In any case the students were all excited about the fact that their in vitro experiments could pave the way to bioprinting of the intestine and life saving of fish in presently practiced nutritional experiments, in which fish need to be slaughtered to get such results. 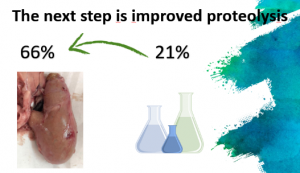 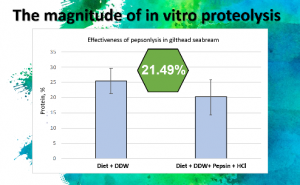